11 Reasons Why Dads Matter To Daughters

11 Reasons Why Dads Matter to Daughters
1. Girls whose fathers provide warmth and control achieve greater academic success.
2. Girls who are close to their fathers exhibit less anxiety and withdrawal behaviors.
3. Parental connectedness is the number one factor in preventing girls from engaging in premarital sex and indulging in drugs and alcohol.
4. Daughters who believe that their fathers care about them have significantly fewer suicide attempts and fewer instances of body dissatisfaction, depression, low self-esteem, substance abuse, and unhealthy weight.
5. Girls with involved fathers are twice as likely to stay in school.
6. Girls with fathers or father figures feel more protected, are more likely to attempt college, and are less likely to drop out of college.
7. Girls whose parents divorce or separate before they turn twenty-one tend to have shorter life spans by four years.
8. Girls with good fathers are less likely to seek male attention by flaunting themselves.
9. Girls who live with their mothers and fathers (as opposed to mothers only) have significantly fewer growth and developmental delays, and fewer learning disorders, emotional disabilities, and behavioral problems.
10. Girls who live with their mothers only have significantly less ability to control impulses and delay gratification, and have a weaker sense of conscience about right and wrong.
11. Girls do better academically if their fathers establish rules and exhibit affection.
https://hubs.la/H0vsrLP0 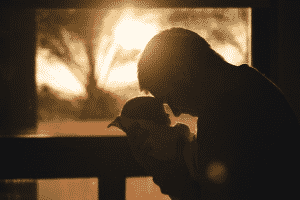