Here’s a fun and memorable Easter breakfast dish, Resurrection Rolls! Why the name Resurrection Rolls? Before going into the oven, each crescent roll is stuffed with a large marshmallow. During the baking process, it disappears! The fluffy treat vanishing from the bread symbolizes the way that Jesus vanished from the tomb. However! While Christ paid for our sins and ascended into heaven, the marshmallow is simply leaving behind a sugary finish on the cinnamon-infused crescent roll.

HOW TO MAKE IT
1. Combine sugar and cinnamon in a small bowl.
2. Unroll crescent roll dough, and separate each roll along perforations.
3. Roll marshmallows into melted butter, and then cinnamon-sugar mixture. Place one coated marshmallow in the middle of an unrolled crescent dough segment, and roll the marshmallow until completely covered by dough. Pushing in sides as you go. Pinch seams on either end to seal the roll.
4. Place rolls on a jellyroll pan, and bake at 350 degrees for about 12 minutes.
5. Immediately after removing from the oven, brush with remaining melted butter and then sprinkle with remaining cinnamon-sugar mixture.
6. Serve warm and enjoy 🙂 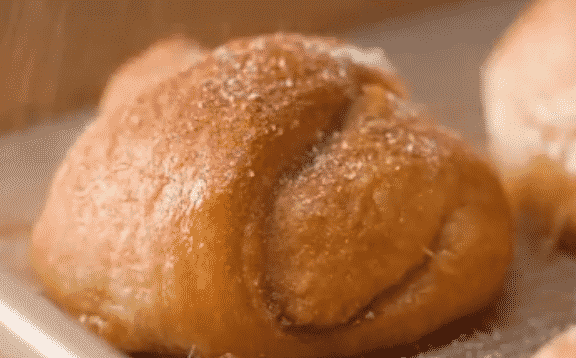