Freak Incident Causes $700 Worth Of Damage To A Jeep

Squirrels repeatedly target man’s Jeep, cause $700 worth of damage 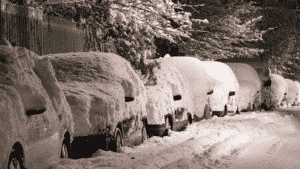 Colorado is known for its cold winters and local squirrels are taking out the frustration on local residents.  One Colorado man said squirrels have squeezed into the inner workings of his vehicle three times and caused about $700 worth of damage. Gary Seago of Windsor said the trouble began in late November, when his Jeep was making unusual noises and mechanics discovered an animal, likely a squirrel, had chewed a fuel injector plug in half. Seago said repairs were made, but the same part was again destroyed by a suspected squirrel the next day. He said the squirrels returned for a third time a few weeks later and destroyed another, more expensive part in the engine compartment. Seago said he is now trying to keep the squirrels away with deterrents including moth balls, strobe lights, and high-pitched noises.