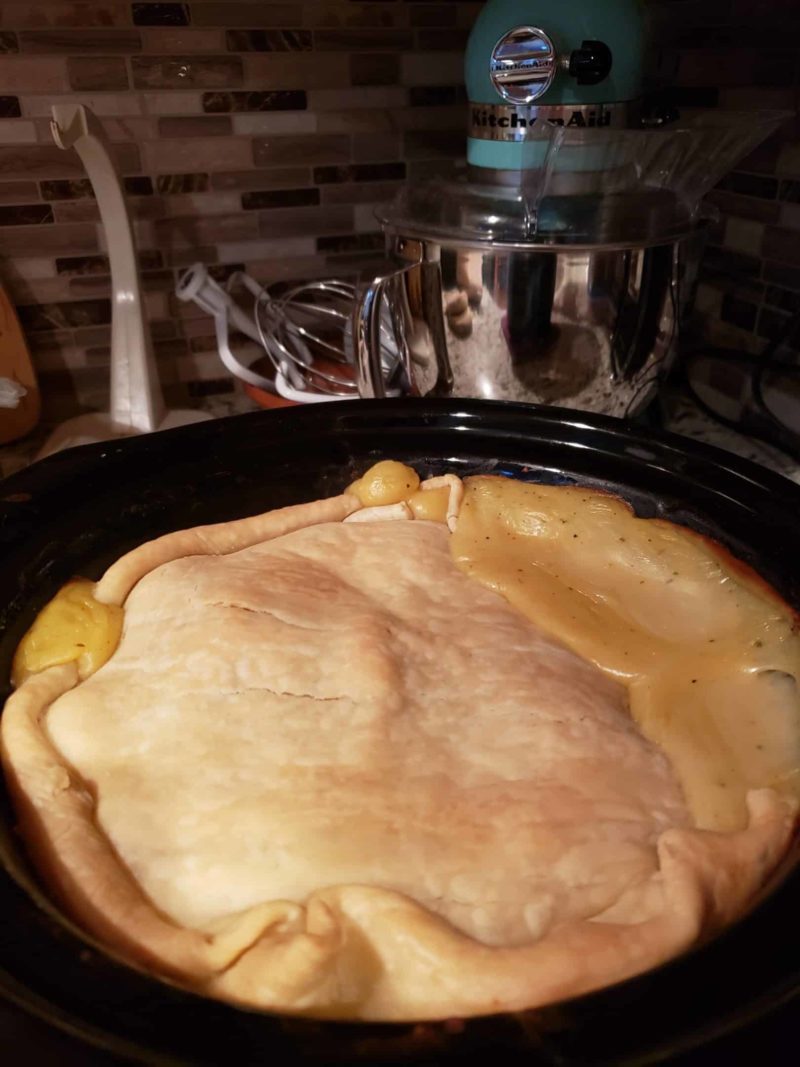 Confession time. Chicken Pot Pie is one of my most FAVORITE comfort foods on the planet. I crave them. So when I found this recipe for Crock-Pot Chicken Pot Pie, I had to try it. And I was NOT disappointed. It tasted exactly like I was hoping. The combination of spices and flaky crust satisfied my craving perfectly. And it’s WAY easier than I thought it would be!

Cover and cook on low 7-8 hours or high 3-4 hours. (until veggies are tender)

In a small bowl, combine milk and flour. Gradually stir mixture into the crock-pot.

Remove ‘crock’ from crock-pot base and place pie crust over mixture.

Place crock in preheated oven and bake uncovered for 15-20 minutes or until browned and crusty. (if your crock-pot doesn’t come apart, pour mixture into casserole dish, top with crust and bake)

Put the additional pie crust on a round pan and slice into wedges. Bake 10 minutes or until brown and serve with pot pie for extra crust! 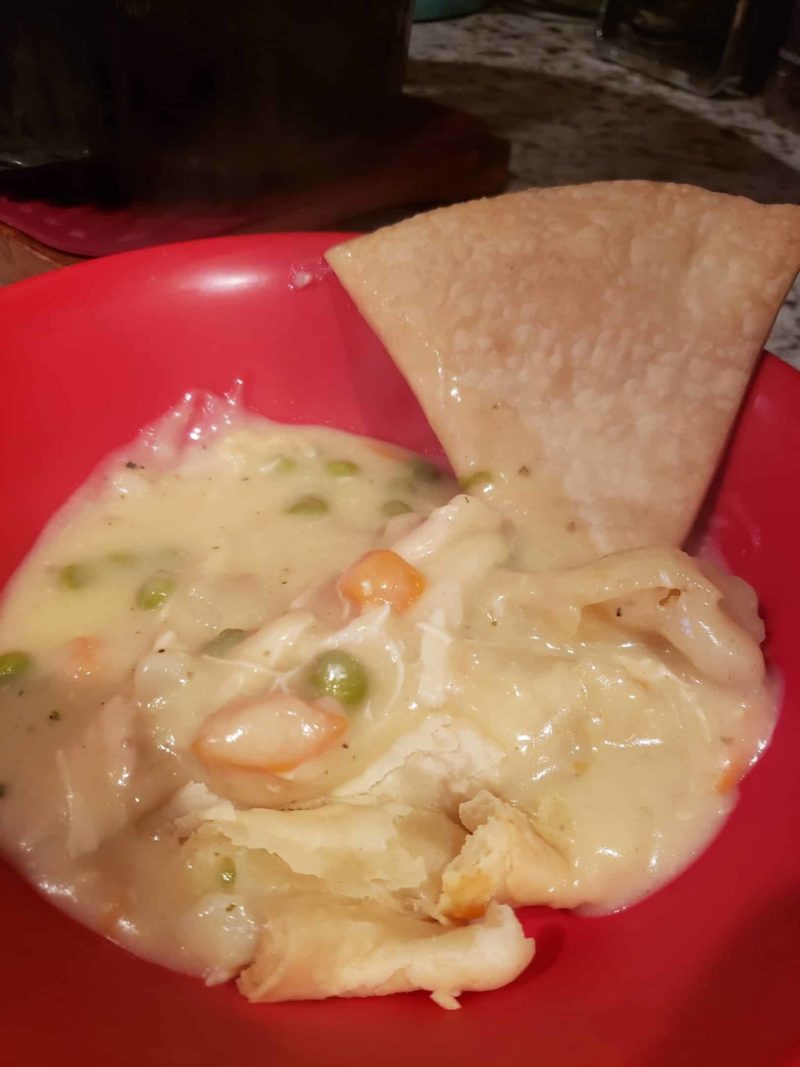 Thanks to Gerrit’s Appliance for sponsoring Cookin With Brook! 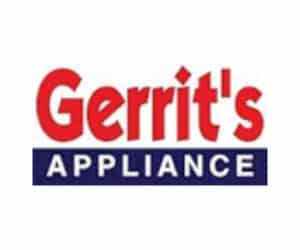