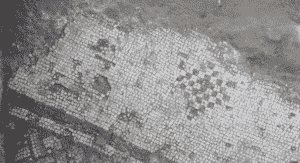 Archeologists say they’ve discovered the Church of the Apostles. The biblical church is believed to have been built over the house of Jesus’ disciples Peter and Andrew. Archeologists believe that the site on the northern shores of Israel’s Sea of Galilee is the location of the ancient Jewish fishing village of Bethsaida. The village later became the Roman city of Julias. During previous digs the team had found artifacts indicating the church’s existence nearby. Until recently, some scholars questioned if the Byzantine-era church really existed,