It sounds like a scene right out of Indiana Jones. 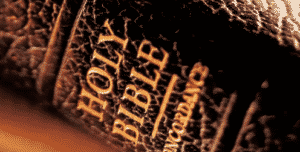 A Biblical relic has been discovered, and it is right out of 2 Kings 23:11.

Archeologists say they’ve found a seal inscribed with the name of an official in the court  of a Fist Temple period of the King of Judah. The tiny seal found in the City Of David reads, “belonging to Nathan-Melach, Servant of the King.”

It was found inside a public building believed to have been destroyed during the Babylonian destruction of Jerusalem 2,600 years ago. Nathan-Melach’s name appears once in the Bible in 2 Kings 23:11. He’s described as an official in the court of King Josiah.